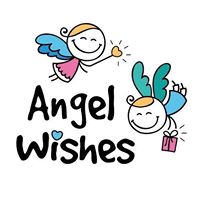 Here at LivOliv we are pleased to be supporters of Angel Wishes,  a charity setup and inspired by the personal heartache of Gaye Kerr, a mother from Moira, Northern Ireland, in memory of her twins Brian and Helen.

Tragically, Helen passed away when she was just three in 2005 after battling a rare blood disorder called HLH.

Her brother Brian suffered from the rare genetic disorder Fanconi’s anaemia, and sadly also passed away at the age of 10 in 2012.

The charity is run purely by volunteers and 100% of all money they raise goes directly to providing treats and trips for children who are fighting cancer and cancer-related conditions.  The charity also provides much needed support to the parents.